What is the definition of a hero?  Is a hero somebody who defies the odds?  Is it a professional athlete that you look up to?  Are your parents heroes?  The term hero has been tossed around for centuries and has come to mean many different things.
When I was younger, my brothers and I, along with a friend of ours were avid autograph collectors.  We wrote letter after letter to the people that were heroes in our eyes.  Of course many of these letters were scripted to professional athletes.  As a result, I think we could put the challenge out there to anybody to name a professional athlete who existed between the years of 1985 to 1999, and it would be a sure bet that we have his autograph.
This was my idea of a hero when I was growing up.  As I look back, I can’t help but laugh and think of how naïve I was.  However, I was a kid who thought he existed so he could be the next Michael Jordan.  I never once thought of my parents as heroes.  I never once thought of the people that fought/fight for our freedom as heroes.  Nor did I ever consider my teachers as heroes.
I completely understand that athletes and other members of famous groups can be considered heroes.  Many of these people do amazing things outside of their profession for people.  I think that’s admirable.  I also think that sometimes we fail in recognizing other heroes.   How about the people that have a positive impact on others every day of their lives?  God bless our soldiers.  God bless our police officers and fire fighters.  God bless our teachers.  God bless our parents.  These people are extraordinary heroes as well.  I can’t help but think sometimes that we have things a bit backwards in society.  A multi-million dollar contract to hit homeruns compared to what a soldier makes for walking through mine fields and fighting off those that are trying to take your freedom away just doesn’t compare in my eyes.
I’m not writing to criticize the entertainment world.  I believe it plays a vital role in our society.  I am writing however to pay tribute to some other heroes.  To the soldiers, the educators, parents, and all others who contribute to the betterment of our world each and every day: I say thank you.  I was never a soldier, but I know enough to respect one.  I was never an athlete, but I know the impact they have on youngsters.  I am however a teacher, and I know enough that teachers are heroes everyday.  I’m also a parent, and I understand the sacrifices parents make to ensure the best possible lives for their children.  To sum up what a hero is, I will leave you with a couple quotes.
“A hero is an ordinary individual who finds the strength to persevere and endure in spite of overwhelming obstacles.” Christopher Reeve
“Heroes are ordinary people who make themselves extraordinary” Gerard Way
I think both of these individuals nail it down pretty well. Now if you will excuse me, I’m going to retire this post and begin writing a letter to my parents, asking them for their autographs.  Of course this time I will ask that it be on a check. 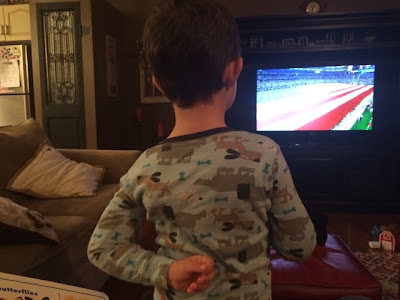 One thought on “Heroes”